[Contains spoilers. Avoid reading this until after you’ve seen the film.]

If you haven’t seen “Dear White People” yet, here’s the Official Trailer where the photo was taken from. Go watch it.

The one thing that drives me nuts about the film “Dear White People” is the overtly racist university President (Peter Syvertsen as President Hutchinson). I’d imagine there are a handful of genuinely racist university presidents out there. Maybe they are racist due to, as the film suggests, seeking the patronage of the richest white Americans. The over-the-top stereotype of the money hungry, racially blunt president does a disservice to the film’s believability. It makes a caricature out of an institutional and systemic problem. President Hutchinson is a hard to ignore Red Herring. Don't get me wrong, I enjoyed the film and appreciate a film willing to dive (as deep as the medium allows) into higher education, race, and the feudalism that is college housing. I understand that the film tried to focus on the gridlock within the student body and can only do so much in 108 minutes of film. There probably was not enough time to dramatize the perniciousness of racism in elite university culture.

Besides the bow-tie and thick-rimmed 1950's era glasses, there are verbal cues that President Hutchinson is too over the top. While there are counter-productive arguments ranging in subtlety on all sides of the race dilemma throughout the film, the president seems to hammer it home. The primary example is when Sam (the central protagonist, intellectual figurehead for the Black Student Union) is called into the office. The president cuts through her:

And I think you long for the days
where Blacks were hanging from
trees and denied actual rights.
Then you’d actually have something
to fight against. *

Would a president living in fear of race riots and losing funding ever say such things to his nemesis, even behind closed doors? This may be beside the point, however it’s not uncommon anymore to assume you might be recorded. The film makes a point of showing on-screen phone user interfaces to indicate text messages and the identity of phone callers, so ignorance of technology can't be made. I even have the audio recording of the last time I was stopped by a police officer for a traffic violation—I just hit record and dropped it in my pocket. We are even used to seeing the racist rants of sports officials, but never in the context of trying to avert a race riot. I just don't see him saying that in real life, in that particular situation. Recordings aside, I cannot imagine a president uttering these anachronistic words. Maybe in the 1960’s or 70’s. But in today's world, to get to the proverbial top you need more tact, but then again, based on the recent blatantly racist comments from sporting coaches et al, maybe you don't need to be subtle to wield power in United States.

Overall it's a good film; it forces some empathetic neurons to fire. All I’m saying is that the mechanisms of the rich and powerful are depicted in a way that is too overt. The overall argument of institutional oppression becomes weaker through this lens. The character could have been much more dubious. If the 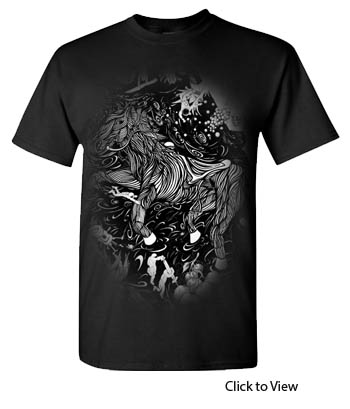 idea is to convince us of institutional black oppression, throwing this one dimensional character at us makes us less likely to believe in this as a reality. I would draw more parallels to the real world had the president been maniacal, and shifty. An amiable man who lies through his smiling teeth, speaks falsehoods on Fox news or hires a social media intern to villainize and subvert the movement with straw man arguments. Sure, it’s just a fiction. However, the audience might brush it off as overstating the race tension in higher education since the antagonist is so over the top. Would a white president actually tell a black dean, "Racism is over"? While I can see this coming out of the mouth of Bill O'Reilly or a caller on Rush, not out of a university president's mouth. But then again, that type of pomp could very well be a parody of talk radio hosts, reversing who typically gets stereotyped in film. Judge for yourself. You shouldn't have read this far if you haven't seen it.
Tweet